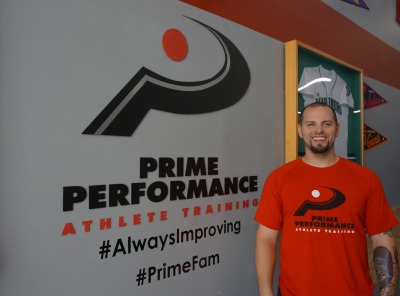 Tommy is a local guy whose love of Baseball and sports started at a very young age. Raised in Gaithersburg, he started his baseball journey, playing with several local youth organizations in the area.  He graduated from Quince Orchard High School, where he played and excelled during his tenure and received All County and Metro Area Honors as a Catcher. Baseball America ranked Tommy as one of the top three Catchers in the state of Maryland.  He attributes much of his success during High School to the years he spent playing for the Columbia Reds in the prestigious Baltimore Metro League and on other select travel teams.

In the Fall of 2003, Tommy signed his letter of intent to attend Division I Marshall University as a scholarship player and proceeded to capture a starting position, as a freshman, on the Herd Squad as a Catcher / DH.  He was a 4 year starter for Marshall and received playing awards throughout his career in both the MAC and C-USA.  Tommy was also nominated for the college catchers' most prestigious Johnny Bench Award watch list.   In 2008, Tommy helped Marshall to a historic record winning season as the team made it to the finals of the C-USA NCAA Championship. His college stats were impressive and Tommy was listed as one of the Top Baseball Prospects in the the East.

Three weeks after graduating with a Bachelor's Degree in Sport Management and Marketing, Tommy's  life long dream of playing professional baseball beacame a reality as he was drafted in 27th round by the Seattle Mariners Organization.  An impressive first season Minor League campaign led to the honor of Tommy being chosen a "Top Prospect" by the Topps Sport Card Company. He was one of the select few in his draft class to receive a Bowman's Top Prospect Rookie Card in 2009.

After several years playing minor league baseball, Tommy felt it was time to give something back to the game by teaching young athletes how to "Play the game right."  He had worked in the off-season giving lessons and working with young players. Training and teaching young athletes became his passion. The only thing that surpasses Tommy's love for the game of Baseball is his love for teaching and working with his students and seeing them succeed.

Over the last several years Tommy has continued his education. Some of the educational accomplishments he has completed are:

- Master in Science : Exercise Science with a concentration in Human Performance and Injury prevention. 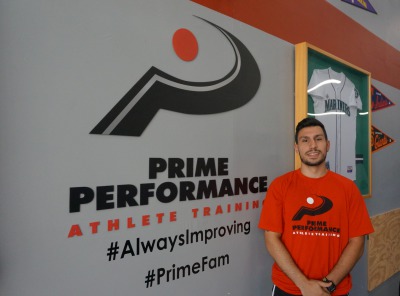 Vincent Javier Bas received a Bachelor’s Degree in Exercise Science from Central Christian College of Kansas (CCC).  Vincent has experience working with a wide variety of populations through many different fitness domains including movement screening assessments, weight loss, full body strength and conditioning, metabolic conditioning, injury prevention, wellness coaching, and endurance training.  Vincent really enjoys working with individuals who are new to the gym and want a fresh start in training.  He has been involved in many team sports throughout his life including football, baseball and tennis, and enjoys an integrative approach to training.  Vincent’s true passion and love is soccer in which he played at the collegiate level and was a team captain at CCCS and Montgomery Community College. His favorite workout music is anything high energy and upbeat and he likes to refuel post-workout with a yogurt, granola and strawberry blend.  After a long and strenuous day, Vincent likes to relax by playing hockey with his family on Xbox.​​ 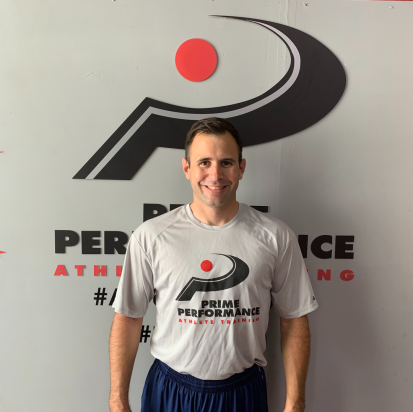 Philip is originally from Bristow, VA, where he graduated from Brentsville District High School. After a successful high school career, he went on to play four years of college baseball as a catcher and outfielder at Methodist University, under legendary coach Tom Austin.
Before his playing days were over, Philip knew he wanted to be a baseball coach and develop players. He has a passion for teaching and enjoys making a positive impact on people’s lives.
Philip has ten years of collegiate coaching experience, including stops at Methodist University, Frostburg State University, Shenandoah University, and most recently The University of the South. He also spent the summers of 2012-15 managing the Woodstock River Bandits in the Valley Baseball League. During the summer of 2013, he was named Manager of the Year, while his team won the division and recorded the most single season wins in the history of the organization.
With a passion for player development, Philip has had success helping pitchers improve velocity, command, and athleticism, while using technology. Catchers have also seen improvement through his teachings. Many of his players have been named All-Conference, All-Region, and All-American, as well as signed professional contracts.
During his years in the coaching profession, Philip has continued his education. His accomplishments include a Master’s Degree in Education from Frostburg State University and a SAVAGE Pitching Coaches Certification from the Florida Baseball Ranch. He is currently pursuing a Certified Strength and Conditioning Specialist (CSCS) Certification as well as other pitching certifications.